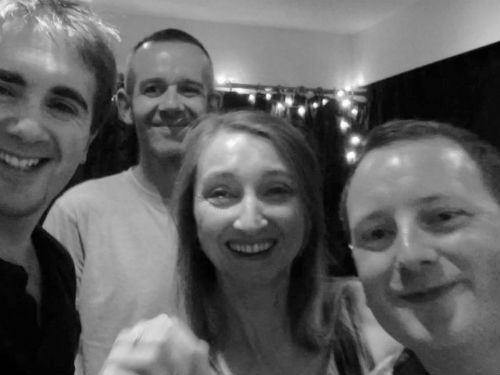 As often as I can, I like to bring musicians together to record authentic live music. I’m currently working on a recording with some of my regular collaborators; we’ll soon be finishing mixing an arrangement of Leaf Will Fall, an amazing song written by the hugely talented Anne Marie Kelly, as well as a short piece for string trio and a hybrid jig/ string trio piece. They should form part of a larger collection of arrangements of traditional Irish songs that I hope to record over the coming months. The string arrangements are inspired by Brad Mehldau’s Highway Rider and Nitin Sawhney’s Prophesy, both albums that have influenced my approach to composition. We recorded the music and will be mixing at Audioland with the very talented Anthony Gibney. I look forward to releasing the music sometime in April 2016.

My previous major recording project was back in 2009 when I was privileged to write lead sheets for some of the finest musicians based in Dublin at the time and again with Anne Marie on lead vocals. Martin Gruet on bass, Janai Diaz on guitar, Dennis Wyers on saxophone, James Dunne on drums and Dave Hand on production duties; together created a warm, edgy sound that went far beyond what I’d imagined when I’d sketched out the melodies and chords. The result was Dislocation (re-released in 2015).